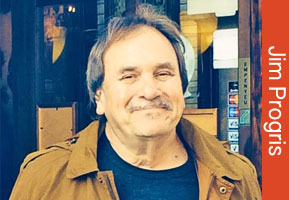 Jim Progris taught in universities and colleges for 51 years, always creating, developing or modifying courses and curriculum. In this capacity, wrote syllabi for over 50 courses. At the time of creation, most of the courses did not have textbooks available, hence, the opportunity to create innovative instructional methods not based on traditional approaches - always challenging and exciting.

During the Berklee years ,1958 to 68, coordinated most of the jazz and traditional theory courses, as well as ear training courses and the keyboard program by the lecture. Also, had oversight responsibility for the music education courses and music education internship program. In addition, wrote the Berklee Keyboard group method and setup the first Rhodes keyboard practice room. Introduced a two-semester sequence (1962) on the art of film scoring and jingle writing. Conducted the Film Scoring Ensemble. Served as Associate Dean from 1964-68.

Upon joining the Frost School of Music at the University of Miami, he developed an innovative freshman/sophomore ear-training program to bring the traditional theory courses into the 20th century - once again a wonderful challenge. To accomplish this traditional nomenclature, jazz chord progression theory and Schillinger voice leading techniques were combined. Because of the progressive nature of the school, he was able to introduce two new graduate programs: Media Writing and Production(1980) which dealt with record production with an emphasis on commercial writing, and, Arts Presenting(2000) a "for profit" program.

During a two year hiatus, 1974-76, at Georgia State University, Atlanta, Georgia, he developed and implemented a music business program that focused on promotion and marketing of recorded music and videos. The program achieved national status within two years and had 125 majors by the end of 1976.

In 1992, Jim was appointed Chair of the Music Media and Industry department and Director of the Music Business and Entertainment Industries (MBEI) program at Frost School of Music. From that time until 2011, he directed the MBEI program in its many aspects including internships and industry positions for the graduates of the program.

Played piano professionally from the age of 15. First gig was backing acts in a vaudeville show! In the early 70's had the jazz trio at the Miami Playboy Club. What a kick to play jazz four hours six nights a week to a great audience.

Retired from the keyboard in 1976 and shifted focus to the business side of music and the management of performers. The experience acquired during these years later became valuable at the Frost School of Music when artist management courses were introduced into the music business curriculum; also, had a productive period of book authoring. Wrote many instructional jazz books and solo compositions. The rights to many of these books now have been returned and some books and compositions are already available on this site.

Other Aspects of professional life:

Chief arranger in a recording studio in Boston in the early sixties.

In 1969 scored, arranged, and wrote the script for an original two-hour musical program titled “The Development of Music in Contemporary America from It's Root Sources." The production, which employed fifty-four musicians, covered a period of eighty years of American music including jazz, pop, classical, and theater music. The show provided the opportunity to use his arranging skills and knowledge of many genres.

For several years, served as Executive Director of the NARAS Institute funded by the National Academy of Recording Arts and Sciences. In that position he planned, implemented and hosted many conferences dealing with various aspects of the music industry and utilized OVER 200 industry panelists. 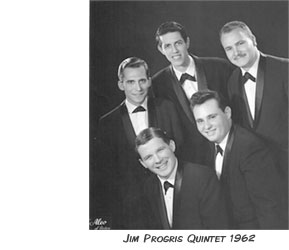 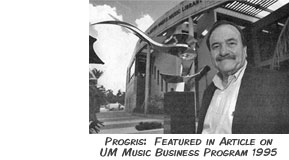 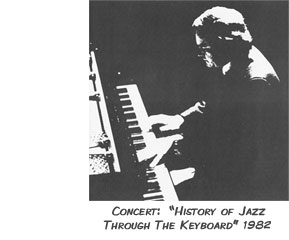 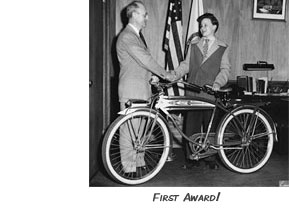